5 Great Examples of Time Management in the World


5 People Who Are Great Examples of Time Management

Benjamin Franklin, in addition to being a founding father of the USA, has often been referred to as the father of productivity. He left behind many great examples of time management and productivity that still apply today.


Benjamin Franklin was a man of routine with a strict daily schedule; getting up at the same time every day, working at the same time, and going to bed at the same time each night are just some of the examples of time management we can learn from him. He also decided on a purpose each morning for that day, and in the evening he asking himself what he had accomplished that day.


Creating a personal schedule is one of the best ways to manage your time and increase your productivity. If you haven’t already created a daily schedule in your life as a time management tool, then now is the time to start!

Thomas Jefferson was another founding father of the United States from whom we can learn more examples of time management. Similar to Benjamin Franklin, Thomas Jefferson was a man of routine and schedules who got up and went to bed at the same time each day to get plenty of rest.


He arose every morning to eat a large breakfast, after which he would sit down to write letters for the rest of the morning. It’s believed that Jefferson wrote more than 20,000 letters throughout his life!


Although you may not be sending too many handwritten letters these days, you can apply this example of time management by setting a dedicated time to deal with emails each day. Having a set routine will allow you to avoid distractions by getting necessary things like emails out of the way at an allotted time each day, so you can then focus all of your energy on getting your important projects done.

As a lifelong entrepreneur and founder of the Virgin Group, Richard Branson knows a thing or two about time management. He also advocates checking and responding to emails at certain times throughout the day, as your schedule allows, to minimize distractions. In addition, Branson is an early riser, who gets up at 5:00 am each day to exercise before working.


Exercise is another one of the best productivity hacks you can use to increase your productivity and get more done. When you include regular exercise in your daily routine, both your body and mind function better throughout the day, and Richard Branson claims it allows him to get twice as much done as he would without exercise.

Elon Musk is one of the world’s most productive entrepreneurs and best examples of time management in the world today. As the founder and head of both Tesla Motors and SpaceX, Elon Musk has a lot to oversee, so managing time effectively is crucial.


Musk maintains a tight weekly schedule, splitting time between both Tesla and SpaceX, and reserves weekends for time with family. He also famously breaks his day into 5-minute chunks to split up his schedule. Elon Musk combines this strict schedule with a focus on optimizing productivity, by constantly thinking about what he is doing and how he could do it better.


This example of time management shows us the importance not only of keeping a personal schedule, but also constantly working on self-improvement and doing things better. Find ways in your life to optimize your productivity. These could include making to-do lists, automating tasks, and even using project management software to centralize your tasks.


Bill Gates has said that time is the only commodity which money can’t buy, and makes sure that he uses all of it efficiently. Like Elon Musk, Gates also breaks his time down into small chunks, sometimes even into 5-minute chunks as well. Breaking your time down into small, manageable sections allows you to minimize wasted time and increase your productivity.


When you schedule your time to get things done more efficiently during the day, you will actually find you have a better work-life balance because you will waste less time on distractions such as social media or other things that waste time you could dedicate to being productive. In other words, when you're at work you should be working, so that when you are at home you can dedicate all of that time to your home life and being with your family or whatever else makes you happy.


Lessons From These Examples of Time Management


Now that you’ve read about some of the best people who we can look at as examples of time management, you’ve probably noticed that they all have one major thing in common: a strict schedule and daily routine. To sum up the lessons we can learn from these individuals, here are some tips for creating a personal schedule in order to manage your time more effectively and be more productive: 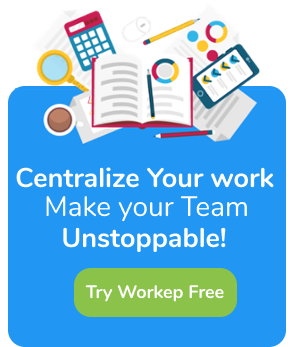